Perhaps haunted by the images I saw of the devastation in Japan and recent spates of earthquakes here and there, one morning I half-awoke with a thought: A 9.0 earthquake hit Japan, created an almost 8 feet movement of the island of Japan from nearby Korea; it could happen again and it could be worse. How will humans fare?

I thought of the possibility that a disaster of such a magnitude can destroy most of human existence. I thought: What happens if no one survives - how will any alien intelligence know of what man was, or that we ever existed?

With over 500M members so far and if it continues to bring everybody onto its network, there could be a point when most everyone will have a record in Facebook. Facebook is succeeding at converting real human networks into a social network on the internet; it is succeeding at translating real human interactions and dynamics into the social media. Or at least that is what Facebook founder Mark Zuckerberg hopes to ultimately achieve with his brainchild. 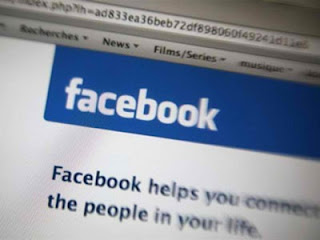 If the world ends today or at some later time, and no human survives, some alien civilization who will happen to drop by to discover what remains of our world would hopefully be able to recover a Facebook database and decode it. And in there, they will see how we managed to put our lives, our relationships, our 'Likes', our photos, our stories into one digital database.


If Facebook successfully translates into the social media most, if not all, aspects of human life, then Facebook will be a promising relic of human existence; a powerful compendium of what humans valued, hated or loved; an interesting chronicle of the events - both personal and societal - that marked and colored our lives; a telling evidence of the relationships we kept and nurtured.

If, as Zuckerberg hopes, we continue align our online personas with that of our real-life personas via Facebook, then as a record, Facebook will be a reliable glimpse of who we are as humans. And hopefully, the alien civilization shall discover an appreciation of what it finds, and will mourn the loss of the civilization it met too late.

The Facebook Effect: The Inside Story of the Company That Is Connecting the World