Government Corruption as a Business Model

I have introduced the concept of business models in another post and how identifying a good one is essential to the success of your business. Have you figured out what yours is?

There are so many ways to do business, and therefore many possible business models; but it takes some creativity to have a business model that's unique, one that works, and lest we forget, one that's within the bounds of the law.

There is a business model I particularly abhor, especially when I hear of people planning to get into it or are already deeply into it. And that is the business model of selling a product/service to the government, at really jacked-up prices so that there is enough to pay for the "facilitators" - the people in government that the product/service has to go through in order to get approval. There is a HUGE portion of the projected proceeds that is allotted for the people in government to ensure that the transaction goes through. 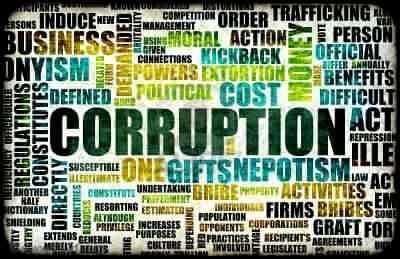 Yes, they are called kickbacks/commissions/balato/grease money.
And yes, we have heard it happen in the highest places in government.
Yes, there is a lot of money to be made from it.
And yes, it's against the law.
Others argue that it is a legitimate way to do business; they say it is reasonable to give someone an incentive for helping make a deal happen, like a gratuity, a tip (or balato), a commission, some twisted form of benevolence...

And I say:
Perhaps in private companies that may be allowed (you have to check your company policies on this though; look for provisions on 'conflict of interest'). But in government where public money is involved, the law expressly prohibits those in public office from enriching themselves by virtue of their office. We are in public positions to serve the public, not to rob the public of its money.

"A public office is a public trust." That is true from the lowliest government position to the highest of the land. This business model is the kind of practice that creates the likes of the beleaguered Gen. Carlos Garcia, the AFP Comptroller.

I admire companies that do honest business, companies that truly stick to their high ideals and their aspirations to be of service to the country. They do it not for the sake of being high-falutin, but because they know their important roles in nation-building. Their idea of progress (or gain) is not constricted to the self or their company bottomline. You'll know which these companies are because they are the most rewarded by the buying public.

Think Jollibee, San Miguel, Metro Pacific, Ayala Land, and ABS-CBN, among others. They are at the top of their domains because, as we have always been mentioning here, they deliver a product or service that truly adds value to other people's lives.

Also: Think Google. Think Microsoft. Think Apple. Think Paypal. Think Amazon. Whether intentional or not, their business models have delivered something that addresses needs we didn't think existed, or improves on a process that was waiting for a better way of doing, and ultimately serves to improve man's life.


And this is why I think a questionable business model dealing with government and public money is bound to fail. Because ultimately, the service/product while arguably of much value, becomes an instrument that actually takes more from people than adding value to them. It enriches the unscrupulous government personnel and the high-ranking politicians with money that belongs to the public. The public is left with what remains of the little money and as such suffers the consequence of poor government services, inadequate social services, a substandard educational system and substandard infrastructure. (Tip: Travel the highways of the Philippines on a roadtrip, and you can tell by the nature/quality of the roads which public officials are corrupt. Or that's just my theory, anyway.)

The practice perpetuates the culture of corruption that is at the root of much of the poverty we have in the country. The businessperson that enriches oneself in this way ultimately is betrayed by the same system of corruption he/she helps perpetuate - he/she suffers the same poor government services, inadequate social services, a substandard educational system and substandard infrastructure, along with the rest of his/her fellowmen.

The 1987 Constitution of the Philippines

Crony Capitalism: Corruption and Development in South Korea and the Philippines (Cambridge Studies in Comparative Politics)

Robbed : An Investigation of corruption in Philippine Education

P.S. There's something wrong with my Facebook Likes counts. In some posts, they're missing; in others where they shouldn't be, they show up, as in this case.
Posted by Tristan at 8:13 AM