Finding Great Discounts on Groupon (and the Clone Wars)

Have you heard of Groupon? Groupon is a contraction of Group + Coupon, which pretty much sums up what this rockstar company is about. 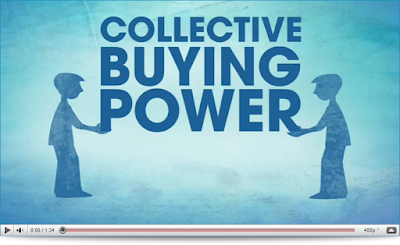 Groupon is a web company that sells products/services of 3rd party companies at at least 50% off. Its business model (as is our favorite topic, if you noticed) is this:

Groupon approaches a company selling a product or service (say Jollibee) and asks Jollibee to give it authority to sell say, its Chickenjoy + Spaghetti Meal, at a very generous discount, like at 50% off. Jollibee will say, ok we are fine with that, but the deal is only on when you sell at least 1000 of the same deal. Groupon will say, ok, and proceeds to sell the Chickenjoy + Spaghetti Meal at only P50 (original price is P103). If there are at least 1000 takers, the deal is on. If there are less than that after the offer period has elapsed, the deal is off.

Now, if the deal were on, Jollibee doesn't pay Groupon anything for doing this for them. Instead, Groupon gets a % commission from the sale of the 50% off meal. Typically I have learned that Groupon (and its horde of copycats) charge between 20-30% from each sale, then they give what remains to the merchant. Again, the deal is only on when the minimum volume set by the merchant is met. Groupon offers only one deal per day, so that buyers can concentrate on just one deal every single day.

Assuming Groupon charges 30%, and Jollibee's cost for the Chickenjoy+Spaghetti Meal is only at 50%, then Jollibee still stands to gain 20% in profit. Assuming their cost is actually 70%, then Jollibee doesn't make direct profit from the promo with Groupon.

BUT - here is the real benefit to Jollibee:


(1) Companies like Groupon typically now have thousands to millions in their database. Customer information is really what is valuable to Groupon as it grows their database from which to offer their future a-deal-day offers. For Jollibee, accepting the deal with Groupon is really merely free advertising to their huge database, at no cost to Jollibee at all!

(2) Companies that typically have very dismal sales and low foot traffic, like a relatively unknown restaurant, suddenly experience an influx of customers because now there are (like the Jollibee example) at least 1000 people who will be coming in to avail of their product or service. If the product or service is good, expect more customers from word-of-mouth advertising and plain goodwill.

It's a WIN-WIN-WIN deal!


Google wanted to buy Groupon
It was such a winning business model that Google itself wanted to buy Groupon last year. Because Groupon is a company that could potentially threaten Google's dominance in internet advertising with such a unique business model, I was not surprised when I learned of its plans. Google's offer was for $6B. Groupon refused. Hurting from the rebuff, Google is reportedly planning to launch a similar site called Google Offers. 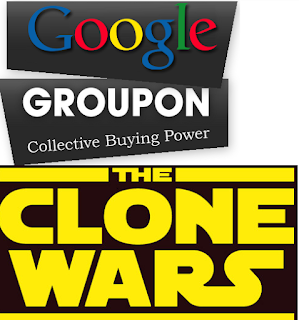 Groupon and Copycats
Now, Groupon continues to grow and is expanding in Asia. Along with it are the many other sites that offer the same business model and compete within a very small market. Here in the Philippines, examples of Groupon-like sites are Deal Grocer, Metro Deal, Ensogo, Cash Cash Pinoy, Pakyaw and many more. (Some of them are not homegrown, as some operate from HK or Singapore, I believe.)

Groupon Buying Spree
Groupon has taken to buying international versions of a-deal-a-day sites and rebranding them as Groupon. In the case of Southeast Asia, they bought Beeconomic.com and it has since re-launched as Groupon starting just last February 2011.


I reckon: (and I'm sure Guy Kawasaki will agree)
Because there are just too many of them companies with the same business model, a few of them will have to give. The ones that will remain are the companies that address the market's true needs, offer the best deals, and executes the most creative and irresistible campaigns.

Have you tried buying from any of these group discount deals?

Share with me your experiences - both the great deals and the bad deals you got.
And maybe your wishlist: Deals you wish you could get from certain companies.

In the meantime, have a great deal!